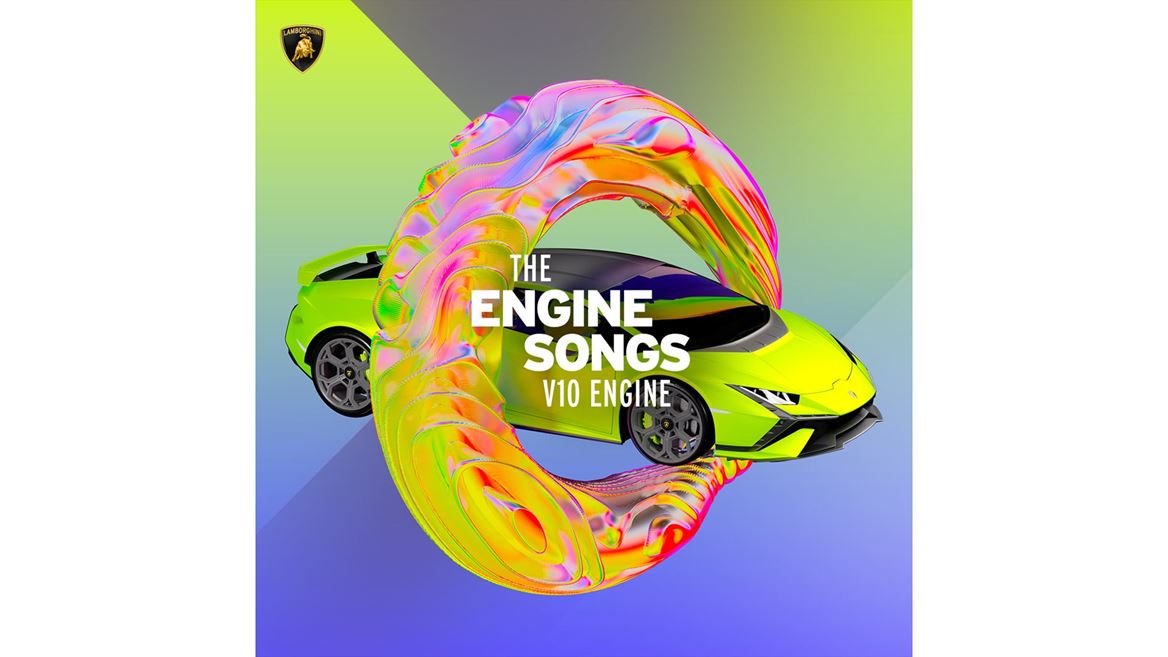 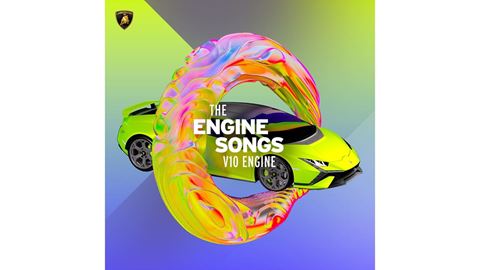 The passion and science behind the choice of tracks revealed

Sant’Agata Bolognese, 21 November 2022 – Automobili Lamborghini continues the celebration of its V8, V10 and V12 internal combustion engines with a new symphony: following the V12 playlist launch on Spotify, the new music inspired by Huracán Tecnica[1] has arrived. This Lamborghini V10 engine delivers musical crescendos as it proceeds through the gears, also creating tangible vibrations that influences driving perceptions and engagement with the super sports car.

“Studies show the sound experience behind the wheel of a Huracán Tecnica is immersive and enhances the fun-to-drive sensations,” explained Mario Mautone, Lamborghini NVH whole vehicle coordinator. “Even though it’s a coupe, the sensation is akin to driving a spyder with the roof down, while still being totally protected inside its passenger compartment.”

In collaboration with Mautone, music producer Alex Trecarichi developed the second volume of The Engine Songs: the V10 playlist of 24 tracks is available on Spotify, providing perfect listening while the Tecnica 10-cylinder engine unleashes its own symphony, from low speeds to the highest-pitched engine revolutions.

“Feelings of relaxation and light-heartedness is the inspiration for the music selection,” Trecarichi explained in the second episode of The Engine Songs: Let’s talk V10 video interviews. “It is mostly a compilation of electronic music that calls to mind friends, weekends, fun and that sensation you experience when you get into the car to go dancing.”

The V10 compilation has been developed in harmony with the principles of psychoacoustics: the physical science between sound and pure emotion, which is applied at Lamborghini during the concept stage of all engines. To ensure the engine’s inimitable symphonies stir the driver’s body, heart and mind, a series of tests is carried out on the engine noise, using prototypes built inside a futuristic semi-anechoic chamber in Sant’Agata Bolognese.

To select the tracks of The Engine Songs, Alex Trecarichi applied the formulas of Fourier Transform to the song of the V10, just as when compiling the V12 soundtrack. This mathematical transform is instinctively triggered-off in the brain to break down a sound into its infinite sub-components. These naturally-occurring qualities are reproduced in the studio using artificial intelligence, to find the fundamental frequencies of the engine coinciding with the three precise phases of its expression: idling; cruising speed at 4,500 rpm; and maximum power at the threshold of 8,000 rpm.

“The V10 tunes up, starting from the engine to then reach the exhaust system and the intake manifold, just like a musical instrument,” Mautone explained further. “Even more poignantly, in the case of the V10 the range of sounds and frequencies is like a female voice, delivering a beautiful high intensity.”

When idling, the engine of the Huracán Tecnica sings in E (41,2 hertz), the same tonality of Hot Cause I’m Fly by Moodrich. At 4,500 rpm, the vibrations tune up in F-sharp (92.5 hertz), from which the syncopated hip hop of Arrival and Departure erupts. Then at 8,000 rpm, the rock in E (164.81 hertz) of Corey Taylor and his Black Eyes Blue takes flight: just three of the tracks on The Engine Songs V10 now released on Spotify.

Click here to listen to the playlist The Engine Songs: V10.