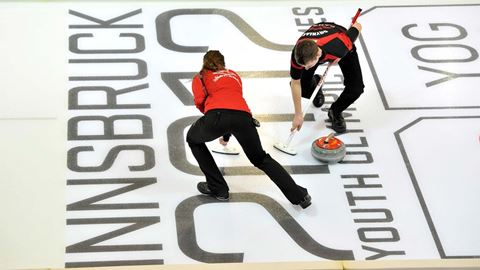 12 Jan 2022 – The Innsbruck 2012 Winter Youth Olympic Games, held from 13 to 22 January 2012, had a ground-breaking competition programme, in terms of both disciplines and formats (mixed-gender and mixed-nation) and encouraged teenagers all over the world to achieve sporting excellence and incorporate the Olympic values into their daily lives through a tried and tested culture and education programme.

For the first time, athletes aged from 15 to 18 tested the winter version of the YOG at Innsbruck 2012, Of the 63 events contested in Innsbruck, 18 were new, such as women’s ski jumping, freestyle skiing half-pipe and snowboard slopestyle.

The Youth Olympic Games continued evolving with each subsequent edition. For Lillehammer 2016, new events were also introduced, with monobob and cross-country cross. And now the unique monobob is set to make its Olympic Winter Games debut at Beijing 2022.

Lausanne 2020 saw the introduction of ski mountaineering which will become part of the Olympic Winter Games at Milano-Cortina 2026. Some of the other sporting innovations were the women’s double in luge, the women’s Nordic combined, the mixed doubles curling and the mixed (gender and nation) 3-on-3 ice hockey tournament.

A breeding ground for technological experimentation

In addition to their purely sporting element, the YOG are a breeding ground for technological experimentation. In Innsbruck, the mascot, YOGGL, was chosen as the result of a competition on Facebook. The little Alpine chamois proved a monster hit and had sold out completely even before the YOG started!

Lillehammer 2016 saw the introduction of virtual reality and all kinds of interactive applications to educate and inform the athletes about the history, values, and ideals of the Olympic Movement.

Lausanne 2020 saw record participation, 70 per cent higher than for Innsbruck 2012, and a digital media explosion, with 64 million page views on social media, 25 times more than for Lillehammer 2016. Not to mention the 150 million people around the world who followed the competitions on television. The impact of the YOG is getting bigger edition after edition.

One of the trademarks of the YOG is their education programme, which seeks to train champions for everyday life as well as on the field of play. Based around three main pillars – protecting the athlete, performance and life outside sport – the full content is now freely available on the IOC’s website, for International Sports Federations (IFs), National Olympic Committees (NOCs) and the organisers of major sports events.

In the space of a decade, the YOG have thus confirmed their position as innovative, educational, and participative Games.

The next Winter YOG will be held in Gangwon in the Republic of Korea, from 19 January to 3 February 2024. This edition is currently being built on the legacy of the Olympic Winter Games PyeongChang 2018. The programme will feature 1,900 athletes, 81 events spread over four competition venues, two Youth Olympic Villages and further innovations that we shall discover in two years’ time.