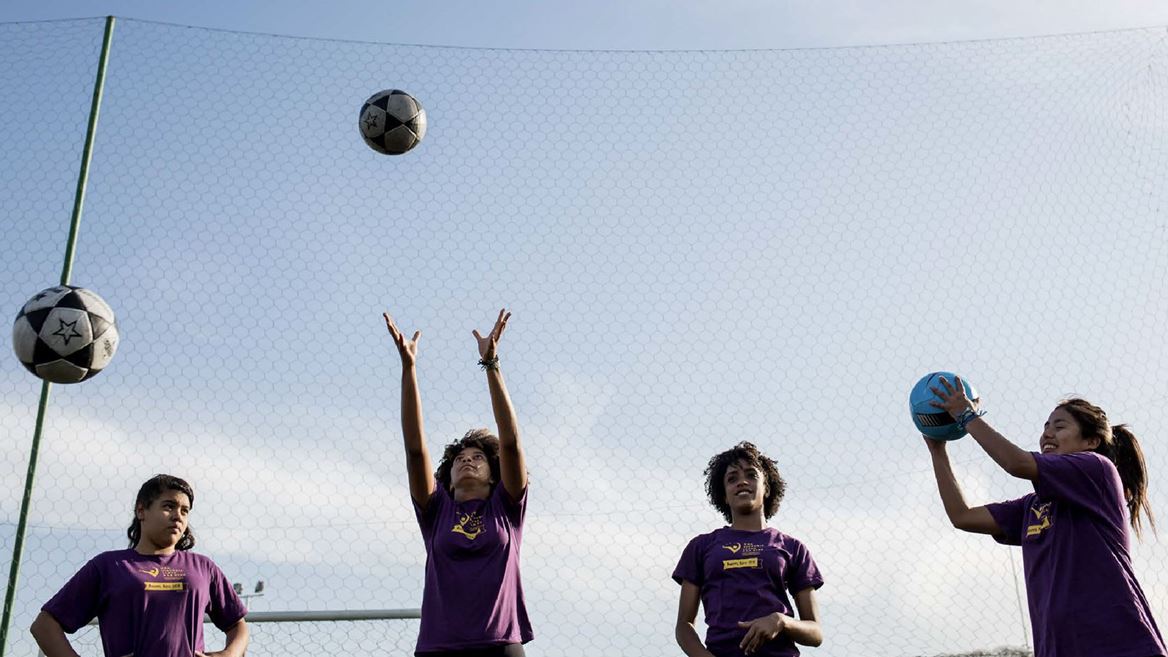 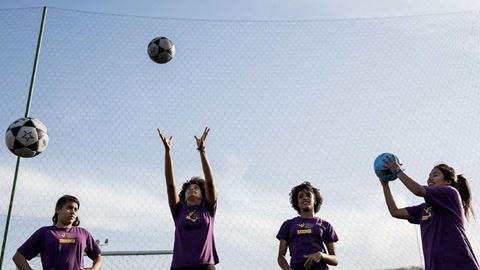 25 Nov 2022 – To mark the International Day for the Elimination of Violence Against Women, the International Olympic Committee (IOC) is looking back at the success of One Win Leads to Another (OWLA), a flagship programme designed to use the power of sport as a tool to prevent violence against girls and women in Brazil and Argentina, and is contemplating initiatives to follow in its wake, informed and inspired by the IOC’s Olympism 365 strategy.

According to UN Women, violence against women and girls is one of the most widespread, persistent and devastating human rights violations in our world today – yet it remains largely unreported due to the impunity, silence, stigma and shame surrounding it, according to UN Women. The promise of the Sustainable Development Goals (SDGs) – to leave no one behind – cannot be fulfilled without putting an end to violence against women and girls.

Created by the IOC and UN Women, with international non-governmental organisation (NGO) Women Win, OWLA was established as a legacy programme from the Olympic Games Rio 2016, seeking to eliminate harmful gender stereotypes and norms by empowering girls – developing their self-esteem, their leadership skills and their autonomy. Due to its success, which also led to the creation of the Brazilian NGO Empodera, OWLA was replicated in Argentina as a legacy of the Youth Olympic Games in Buenos Aires in 2018.

Using sport to break down cultural, gender and racial barriers and stereotypes, OWLA devised and delivered a series of activities that combined physical activity with life-skills development, teaching girls and young women the values of teamwork, self-reliance and resilience – thereby improving self-esteem, building social connections and challenging gender stereotypes. The programme created safe spaces for girls from socially vulnerable communities across Rio de Janeiro and Buenos Aires, equipping them with basic economic skills, increased knowledge of their bodies and key information on the prevention of gender-based violence.

“Sport is where we can show even more all our strength, all our grit. Sport changes lives,” said Brazilian gymnast and OWLA ambassador Rebeca Andrade, who made her Olympic debut at Rio 2016 and went on to win gold in the women’s vault at Tokyo 2020. Calling on young girls, she stressed: “Having a person that believes in you and a project that helps you face the challenges of life and reach your potential is priceless. Take advantage of it as it can really transform you.

Twice a week participants journeyed to one of the more than 100 implementation sites in the two countries to play sports and attend a gender workshop based on a nine-month curriculum with four modules: self-esteem and leadership; sexual and reproductive health and rights; empowerment and ending violence against women and girls; and financial education and planning the future.

Some 3,236 girls from around 44 socially vulnerable communities in Rio de Janeiro and Buenos Aires directly benefited from OWLA during the lifespan of the programme. Additionally, 154 community organisations were trained in the OWLA methodology, and overall more than 500 professionals have been equipped with skills on sport and gender equality. The programme also saw dramatic changes in knowledge and perception among those who participated directly in its programmes, resulting in:

OWLA’s last cycle came to an end in April 2022, but OWLA activities continue to be implemented by the more than 200 identified girls-champions in their respective communities. Both the IOC and UN Women are already looking forward to developing new programmes with similar social developmental ambitions.

The two organisations will launch a year-long transfer-of-knowledge project ensuring the exchange of information and insights generated through OWLA in Latin America with South-East Asia and the Pacific.

These new initiatives will be guided by the IOC’s Olympism 365 strategy, which has been expressly designed to strengthen the role of sport as an important enabler for the United Nations SDGs.

The strategy is already bearing fruit, with the implementation of programmes such as Sport against Crime: Outreach, Resilience, Empowerment (SC:ORE), a collaboration between the IOC and the UN Office on Drugs and Crime (UNODC) to combat youth violence and crime; and the new partnership between the IOC and the World Health Organization (WHO) to create active communities and foster healthy lives.

The International Day for the Elimination of Violence Against Women marks the launch of UNiTE! Activism to End Violence Against Women and Girls – a 16-day campaign created by UN Women. The campaign aims to mobilise society to become activists for the prevention of violence against women, to stand in solidarity with women’s rights activists, and to support feminist movements to resist the rollback on women’s rights and call for a world free from violence against women and girls.