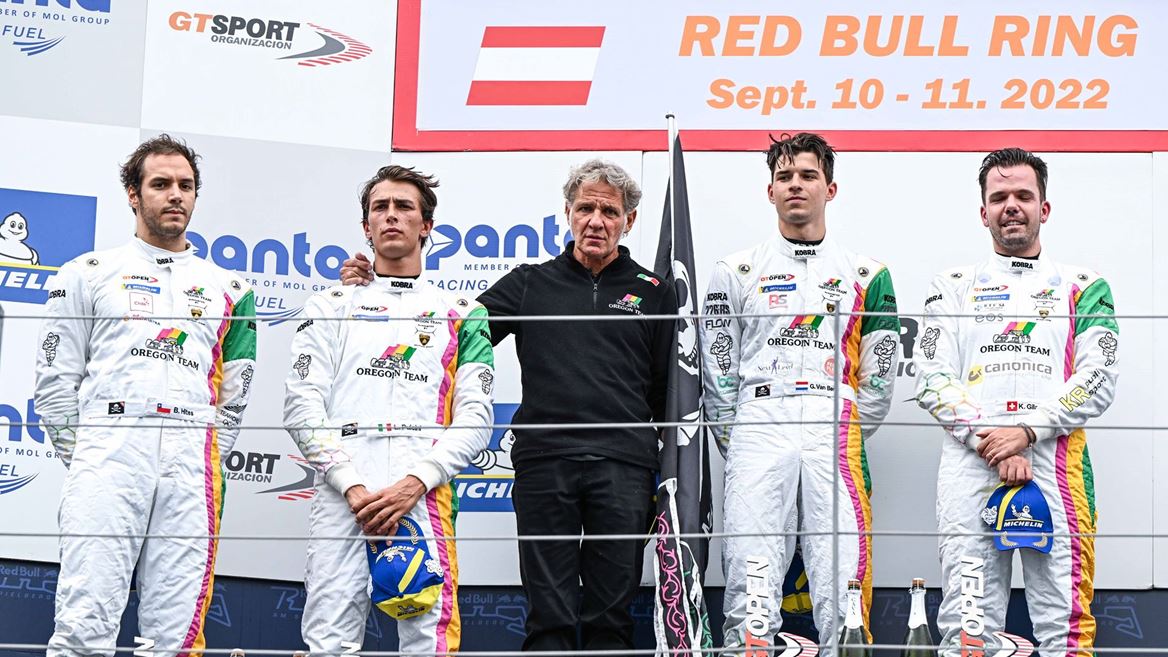 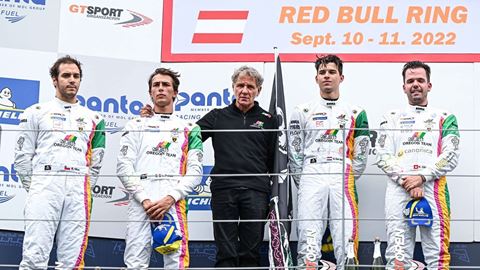 Sant’Agata Bolognese/Spielberg, 11 September 2022 – Lamborghini recorded its second International GT Open clean sweep of the season – and third win in as many races – courtesy of Oregon Team at the Red Bull Ring in Austria. Kevin Gilardoni and Glenn van Berlo took a brilliant victory in a wet-dry opening race of the weekend on Saturday, leading a team one-two as the #63 of Leonardo Pulcini and Benjamin Hites fought through from eighth to finish second. Pulcini and Hites then struck late on in a safety car affected second race to claim their fourth victory of the season as the #19 survived a dramatic race to finish eighth.

Heading into the final two rounds of the season, Van Berlo and Gilardoni lead the drivers’ standings with 99 points, with Pulcini and Hites just one point adrift in second place.

Coming into the weekend, it was the #19 pairing of Gilardoni and Van Berlo who held a slender three-point margin at the top of the drivers’ standings, with Pucini and Hites 10 points adrift in third place. Free practice threw up a mix of conditions on Friday, with both cars managing a top 10 placing in FP1 before second practice was affected by heavy rain.

Conditions remained tricky ahead of the start of race one on Saturday, as morning rain meant everyone started on the wet tyres. Van Berlo started sixth on the grid but made the most of those in front struggling for grip at the first corner to move up to third as the field charged uphill to turn two. The #19 then took second on the exit of the corner, which Van Berlo consolidated following a three-abreast run towards turn four.

Behind, Hites also made progress from eighth on the grid, despite running wide at turn two, to be fifth by the end of the opening lap – helped in part thanks to the AF Corse Ferrari going off track.

Van Berlo dropped to third during the stint but remained firmly in contention until the mandatory pit-stop before switching with Gilardoni. The #19 was then in prime position to grab the lead from the Ferrari, which Gilardoni duly did at the penultimate corner. Pulcini, having taken over from Hites, was third but put in a sensational second stint to take second and finish just 1.594 seconds back at the flag.

The #63 started the second race from sixth and moved up one position from the start, as the #19, with Gilardoni at the wheel, got involved in clumsy contact with the Ferrari while disputing 13th. That brought out the safety car, with Pulcini passing Axcil Jeffries for fourth shortly after.

Following the driver-change pit-stops, the #63 moved into third place, which then became second after contact between the leaders which brought out the safety car for the second time. Upon the restart, there was another neutralisation as the #19 was collected in a multi-car collision at turn one, necessitating another safety car restart.

Hites was on a mission at the final restart and drove around the outside of the leading Audi on the run towards the second corner to grab the lead. The #63 then held on for the final lap as rain began to fall, eventually taking the victory by just over two-tenths of a second.