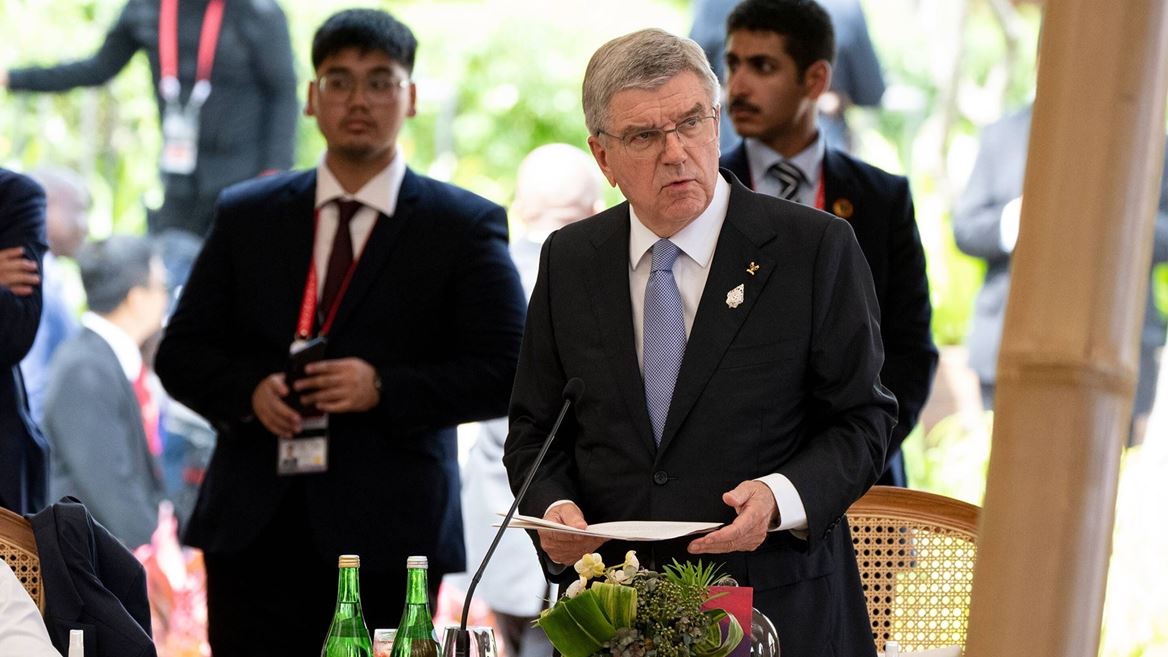 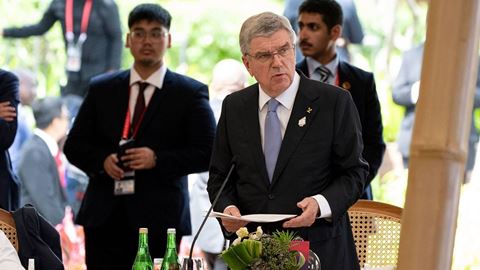 15 Nov 2022 – IOC President Thomas Bach was invited to address the G20 leaders at the Summit in Bali, Indonesia, on Tuesday.

Addressing the Heads of State and Heads of Government, President Bach told them that the fundamental goal of the Olympic and Paralympic Games was “bringing the whole world together in peaceful competition, without any discrimination whatsoever”.

However, he noted that the war in Ukraine has affected the Olympic Movement in a unique way: “We have condemned and sanctioned the Russian government in an unprecedented way for this blatant violation of the Olympic Charter. We are supporting the athletes and members of the Ukrainian Olympic community everywhere with all our solidarity. But in contrast to the far too many other wars and conflicts in our world, regarding this war some governments started to decide which athletes would be allowed to participate in international sports competitions – and which not.”

He added that, in an increasingly polarised world: “If sport becomes -in this way- just another tool to achieve political goals, international sport will fall apart. Olympic sport needs the participation of all athletes who accept the rules, even and especially if their countries are in confrontation or at war. A competition between athletes from only like-minded states is not a credible symbol of peace,” he said.

“In this age of division, our role is clear: to unite the world – and not to deepen divisions,” he added.

“To live up to our unifying mission, the IOC must be politically neutral. To allow future Olympic hosts to welcome the best athletes of the entire world, regardless of political conflicts, I appeal to you, the world leaders, to support this political neutrality. Let us not abandon this precious unifying mission of the Olympic and Paralympic Games in a time when the world needs more solidarity and peace,” he told them.

And he concluded his address to the world’s leaders gathered at the G20 Summit: “I reiterate the call to you, the world leaders, that I made already at the Opening and Closing Ceremonies of the Olympic Winter Games Beijing 2022: Give peace a chance!”

The G20 Summit brings together the Heads of State and Government from 19 countries and the leaders of the European Union (EU). Additionally, there were leaders of invited guest countries and representatives of invited guest international organisations. The Summit was hosted by Indonesia, which holds the rotating Presidency this year. Together the G20 represents more than eighty per cent of world’s GDP, seventy five per cent of international trade and more than sixty per cent of the world’s population.