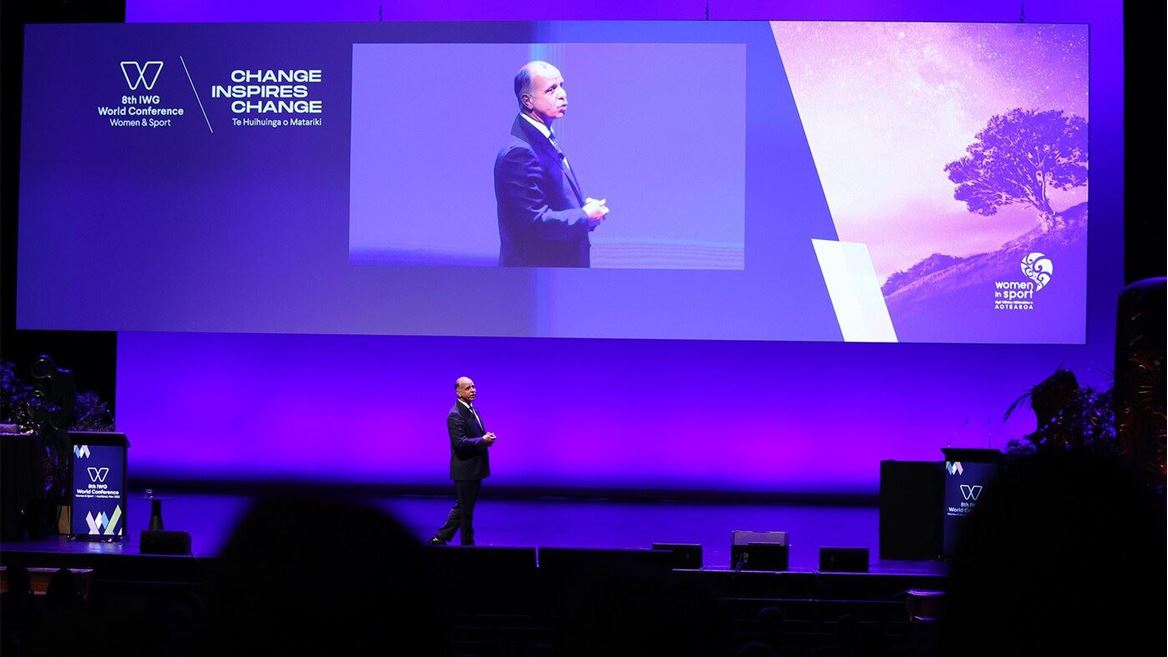 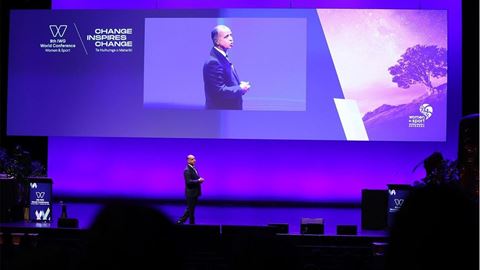 15 Nov 2022 – Speaking at the opening of the 8th International Working Group (IWG) World Conference on Women and Sport, IOC Executive Board member and Deputy Chair of the IOC’s Gender Equality, Diversity and Inclusion Commission, HRH Prince Feisal Al Hussein, has called on sports organisations to do more to fight harassment and abuse in sport. The IWG on Women and Sport is the world’s largest network for gender equity  and equality in sport.

“We have to ensure as an organisation, as National Olympic Committees (NOCs), International Federations, clubs, that our environment is safe for our children,” HRH Prince Feisal said. “We know it is a tough fight, we know it is a long fight. But it is a worthwhile fight,” he added.

Safe sport – the ability to train and compete in an environment that is fair, equitable and free from all forms of harassment and abuse – has received increasing attention in recent years.

HRH Prince Feisal’s words reflect the IOC’s commitment to making the sporting environment a safer place, especially for women and girls. Within the IOC’s Gender Equality and Inclusion Objectives for 2021-2024, safe sport is one of five focus areas. Promoting safe, inclusive and equitable sport everywhere, every day, is also a key priority of the Olympism 365 strategy, aimed at strengthening the role of sport as an enabler of the UN Sustainable Development Goals, and the primary focus of the IOC’s Safe Sport Action Plan 2021-2024.

HRH Prince Feisal underlined a number of the IOC’s initiatives, including the use of Games-time Frameworks to ensure that safeguarding officers are available at all Olympic Games and mechanisms are in place to prevent and respond to any concerns. Meanwhile, the Athlete Safeguarding Toolkit and Safeguarding Officer Certification support the implementation of these Frameworks.

At the same time, in line with Olympic Agenda 2020+5, the IOC is conducting an extensive needs assessment to identify the Olympic Movement stakeholders with safeguarding policies and practices in place. This assessment will help the IOC to ensure the right types and levels of support, and to ensure that safeguarding efforts are local, contextualised and appropriate.

Advocating for women in sport

Following the first IWG World Conference, the IOC was one of the first organisations to sign the 1994 Brighton Declaration on Women and Sport, calling on governments, civil society, businesses, academia, research institutions and sports organisations to advocate for gender parity. Today, the commitment has nearly 600 signatories worldwide.

In the coming days, a number of gender equality topics will be addressed under the five themes of the Conference: leadership, active lives, social change, high performance, and visibility and voice. The IOC will share the latest on gender equality in the Olympic Movement, highlighting the progress made not only on the field of play – with the Olympic Games Tokyo 2020 being the most gender-balanced Games to date (48 per cent of the athletes were women) – but also off the field of play, with an equal number of women and men appointed by IOC President Bach to the IOC commissions for 2022.

The IWG’s World Conference, which is supported by the IOC, takes place every four years. This year’s event runs from 14 to 17 November, bringing together sector leaders from all around the world both in person in New Zealand and online.