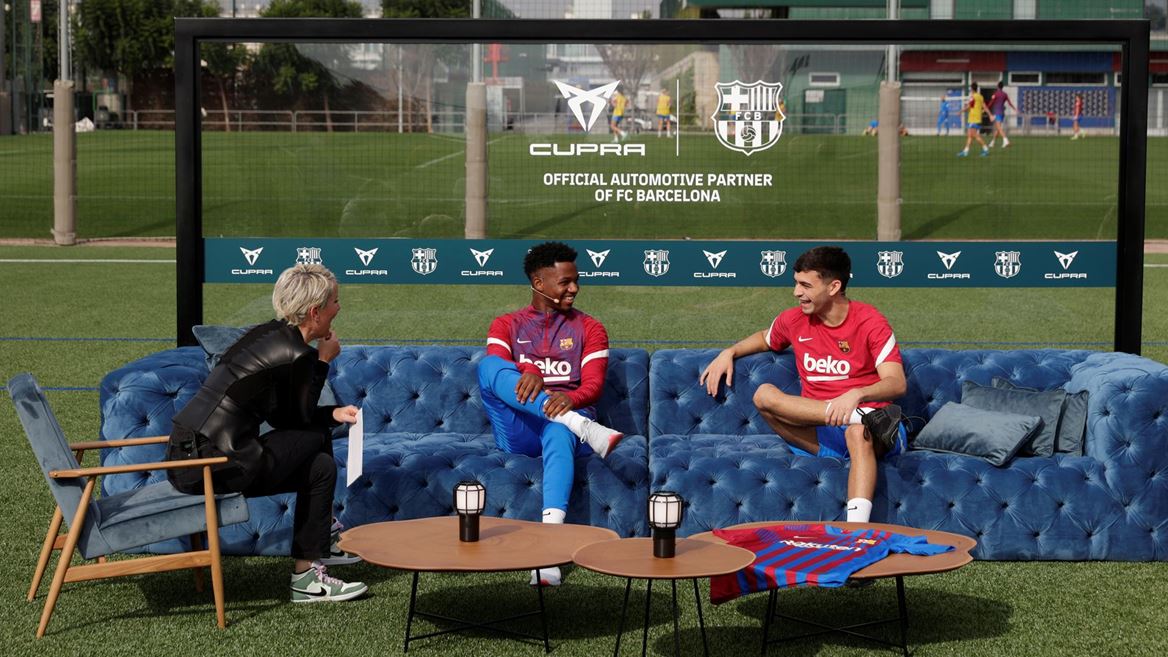 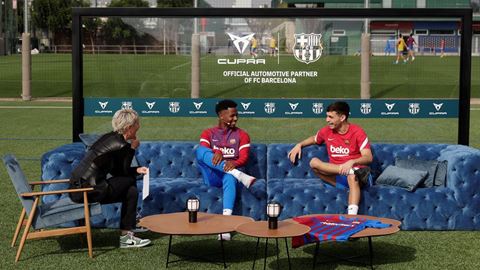 How Simulytic is Using Simulation to Analyse the Impact…

The Pickup Reimagined : Introducing The 2024 All-Electric…

Martorell, 01.12.2021 – In football, as in life, there are people who are ready to revolutionise everything with their impulse. They are the dreamers, the next generation, and they’re here to mark a new era. To talk about it, FC Barcelona participates in a podcast for the first time with five of its players: it’s the CUPRA Next Gen Podcast, two special episodes of The Impulse.

In the first episode, Marc ter Stegen and Frenkie de Jong open-up about their passion to improve as footballers and as individuals. In the second podcast, Ansu Fati, Pedri, and Eric García discuss the role of the next generation in football. Hosted by CUPRA and SEAT Global Communications director Cécilia Taieb, the CUPRA Next Gen Podcast is a collaboration with 433, one of the world’s largest sports communities on social media.

– Next Gen values. This next generation has shown that things can be done differently, with passion and an impulse for change. “We must do our best so that those who come after us can see that anything is possible, even if you’re young; if you have the will to work, you can go as far as you want” says CUPRA ambassador Ansu Fati. Now wearing the Number 10, Ansu also took a moment to explain what it means to him to wear such an iconic number on his jersey, and how he felt when Barça offered it to him: “It’s a source of pride.” For Pedri, the most important thing is just to have fun: “When I get on the pitch, I leave all the pressure behind, and I just focus on enjoying the match with my teammates” he explains.

– A common impulse. All five players say their families are a main driving force behind their passion for football. Ansu Fati started playing when he saw how much his older brother, and role model, enjoyed it. Eric García admitted that he tried out for La Masia “just to give it a go.” He never expected to be accepted and now says he’s “grateful for this opportunity and for all the efforts my family has made for me; it’s my greatest motivation” he says.

– A dream, a challenge. Frenkie de Jong has always been a long-time Barça fan, so signing for the club was “a dream come true”. “Sometimes I arrive at the training centre, look up at the sky and then just have this moment of realizing I’m in Barcelona” the Dutchman explains. “I’m proud and I need to make the best of it” he adds. Meanwhile, Ansu Fati vividly recalls his first debut with the team squad: “I was nervous, but it was great to share that moment with the fans” he says.

– A role model both on and off the pitch. “Success for me is being able to grow as a team and believing in our strengths, in what we do” explains Marc ter Stegen. The German goalkeeper, also a CUPRA ambassador, is a standard bearer for this next generation both on and off the pitch. Deeply engaged in sustainability, Ter Stegen shared his own philosophy of life: “Little things can have a big impact, and I want people to know what I believe, not only by my words, but by my actions too. That’s why I’m a CUPRA ambassador, I identify with their values” he says. He believes in the power of growth and development also: “Growing is something everyone should strive for, and I am looking forward to seeing people develop.”

The footballers also reveal some personal and interesting facts during the podcasts. For example, De Jong tells us where he likes to walk his dog and we discover that Ter Stegen doesn’t usually eat breakfast and his two-year-old son is more interested in cars than football. Meanwhile, Ansu Fati, Pedri and Eric García give surprising answers to a round of quick-fire questions. For example, Pedri tells us he’d be a firefighter if he wasn’t a footballer, and when asked about the most important accessory for his CUPRA, he responds immediately: “My brother.” As Pedri is only 19 years old and does not yet have his driving licence, his older brother acts as his personal chauffeur. Another question posed: If all the players on the team participated in a car race, who would win? Eric García thinks Nico would win, and that Ansu Fati would come in last. Ansu says that he would actually win the hypothetical race and thinks Pedri would finish last. Pedri laughs: “Of course, I’d be the one running around the track.”

The episodes are now available on Spotify, Apple Podcasts, Google Podcasts and Ivoox.

The Kia EV6 named ‘Crossover of the Year’ at 2021 TopGear.com Awards