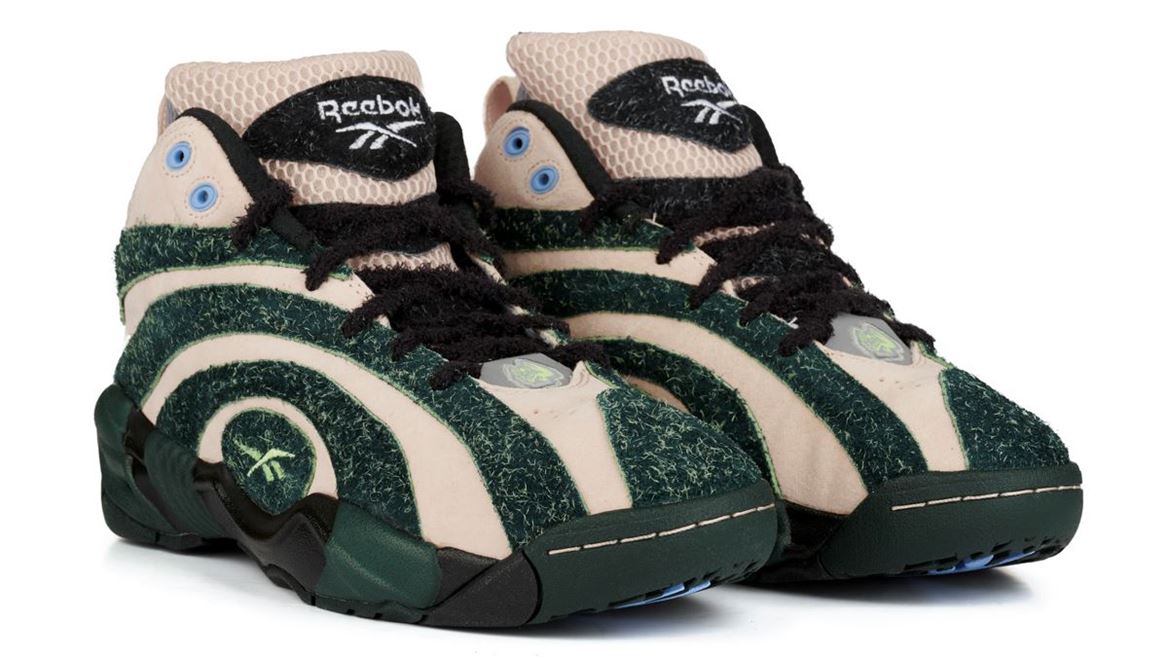 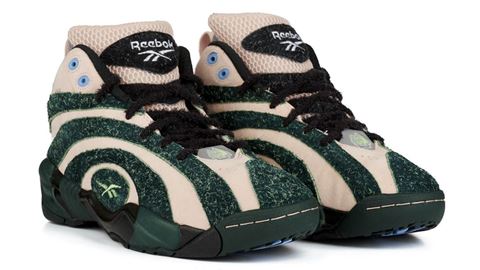 (BOSTON) November 23, 2022 – Today, Reebok and recurring collaborator Brain Dead have announced their next exclusive release, the Brain Dead x Reebok Shaqnosis ($160/GX9600). Blending texture, color and design in a hypnotizing concoction, the shoe is available beginning November 29 exclusively from Brain Dead before its wider release on December 1 from Reebok.com and select retailers.

Mixing the surreal and the functional to create something that steps out of the everyday and into the great beyond, Brain Dead has applied its signature fuzzy felt to the iconic Shaq signature basketball sneaker as it crawls from the laces onto the shoe’s trademark swirling side panels. Ecru with pops of greens and blues, Shaqnosis looks deep into the mystical realm of creativity, inspiring any wearer to step into themselves and their true potential.

The Brain Dead x Reebok Shaqnosis ($160/GX9600) is available November 29 at 10:00AM PST exclusively from WEAREBRAINDEAD.COM, Brain Dead Studios Fairfax, and Brain Dead Sunset, before its wider release on December 1 from Reebok.com and select retailers.

About Brain Dead: Brain Dead is a creative collective of artists and designers from around the world. With its disruptive, graphic-led approach, the brand takes its cues from post punk, underground comics, and the spirit of subculture. Brain Dead is not one person, nor is it one idea. It sits in the space between people. WEAREBRAINDEAD.COM @wearebraindead

IOC sends another letter of concern to IBA